Advertisers are choosing Amazon over Google, should you?

Many advertisers report that 50% to 60% of their search budget is being reallocated.

At Zipline, we do a great deal of advertising across a number of platforms including both Amazon and Google. As Amazon has become the primary search engine for product searches, we have seen consumer packaged goods shift their focus toward Amazon and rightly so. Amazon advertising, while not necessarily cheaper per click, is yielding higher conversion rates and better long-term impact per dollar spent. We’re not alone in pushing this trend. Over the past few months, executives at a number of major advertising agencies have revealed that advertisers are moving a large portion of their advertising dollars from Google to Amazon. According to shared data, some heavy spenders have already moved as much as 50 to 60% of their advertising budget to Amazon.

Why is Amazon attracting advertisers?

Amazon is already the third largest digital advertising platform in the United States. Its advertising revenue is exceeded only by Google and Facebook. The company has seen rapid growth in retailers using its paid advertising system. This goes hand in hand with Amazon’s growth in being the source of new product searches. Currently, 46.7% of US internet users started product searches on Amazon (May 2018) compared to only 34.6% that started with Google. On top of that, 28% of those Google searches resulted in a purchase through Amazon further fueling the importance of Amazon in the e-commerce space.

With such a high percentage of the e-commerce market, Amazon offers a golden opportunity to advertisers. As opposed to Google or Facebook, Amazon links advertisers directly with purchase intent. If a potential consumer is attracted by an ad on Amazon, he or she is more likely to make a purchase. If the consumer is registered, he or she also doesn’t have to provide the account and credit card details all over as they would with another retailer. Amazon has streamlined the process to one-click buying and on top of that, provides aggressive free 2-day shipping for Prime users making it the go-to for many consumers.

In contrast, Google search ads direct a consumer to the advertiser’s own site or store where a purchase may or may not take place. Even if a consumer decides to purchase, they will still have to go through the arduous process of signing up for the website, creating an account, and entering payment information. On top of that, they likely will have to pay for shipping or wait longer for their item to arrive than they would with Amazon. While Google may provide a better collection of results, purchasing through third-party retailers can take significantly more effort that busy consumers are not willing to put forth.

Should Google be worried?

For now, Google is the hands-down winner in the digital advertising arena. Google’s parent company, Alphabet, raked in $95.4 billion in 2017 advertising revenue. This equated to 86% of Alphabet’s total annual revenue. While these are staggering numbers, it also means that Google relies very heavily on advertising dollars from major consumer packaged goods advertisers and those dollars are shifting to Amazon with little chance of Google recapturing them. Google still has a stranglehold on many other industries and is by no means on the verge of going bankrupt, but they do have a very real problem that is hurting the bottom line. In the long term, Amazon seems better poised to attract businesses. The marketplace experience, the seamless user buying experience, and an easier approach to the right consumers makes Amazon a very attractive prospect for digital advertisers. In particular, Amazon ads make sense for small and medium businesses that don’t stand to gain a lot by selling independently.

Search ads on Google are incredibly competitive and expensive. At the same time, these ads are somewhat simple and ‘quaint’ as one media agency executive put it. Advertisers have other more cutting-edge advertising avenues to explore on other platforms like Facebook or Amazon, although notable among alternative platforms is YouTube, also owned by Google. YouTube offers some tremendous target opportunities and is a rapidly growing platform that may be a route to recapture some of those lost ad dollars.

The Future for Amazon and Google

Leading advertising executives continue to believe in the ROI potential of Google search ads and money will continue to be spent there. In the long-term, however, the search giant will have to fight hard to maintain the top slot in the digital advertising arena as alternative advertising sources like Facebook and Amazon chip away at the massive dollars currently being spent with Google.

Most of this growth comes from new advertisers switching from traditional mediums like television to Google. Then there are the big players like Apple, who like to sell their products directly and have no use for Amazon advertising but will continue to spend large amounts with Google regardless of the growth of Amazon. The primary challenge Google faces with many of these major advertisers is that their spending on Google advertising has been ‘flat’, according to a Senior Vice President and Search Capability Lead at Merkle, Matt Mierzejewski. This means that Google will have to pour more efforts into its search ads model or evolve the model altogether to sustain its position and keep revenue growing.

Amazon, on the other hand, has seen massive growth of 200% – 400% in the spending of many of its current advertisers. These figures show that businesses see a lot of potential in advertising across the Amazon ecosystem and their ad dollars are following.

It will be interesting to see how the trending in advertising spend impacts both Amazon and Google over the next few years. With the massive amount of dollars shifting from platform to platform, there will obviously be revenue impacts but what is more exciting is the innovations that come on both platforms because of the increased competition on both sides. 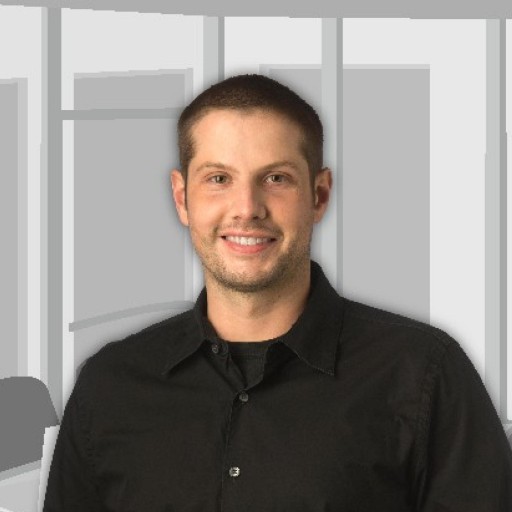 Looking for some advertising help?

Our skilled digital marketing team can help your business reach its ideal consumer. By blending strong creative with incredible digital targeting capabilities, we can create a marketing strategy that maximizes the efficiency of your advertising spend.

The Pacific Northwest is one of the most beautiful places on earth. Our region is filled with toweri...

Wheat is a $690 million business for the state of Washington. As the nation’s 4th largest wheat pr...